Plexianthe is a fairy who creates the languages of the animals and the plants.

She weaves words in beautiful bouquets of sentences and, along with fantasy, she leads them to numerous paths of mind and soul. 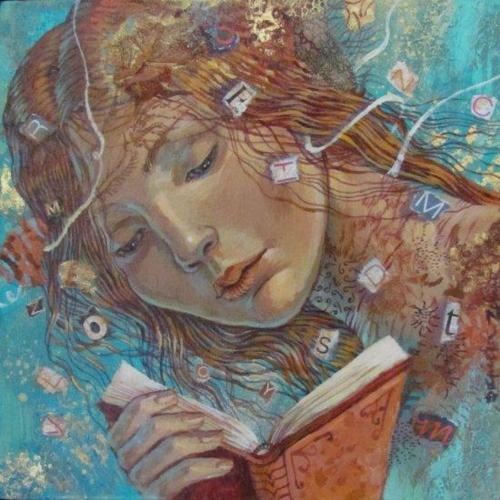 Only one will resist her magic powers, a silent shepherd.
What will happen when she falls in love with him? Could love survive without the power of speech?
Sometimes, words aren't the only way to express oneself.

Here's the story as it goes:

[...] She chose a night with a full moon to confess her love to him.

She stood behind a rock, hidden, being cautious so that she couldn't be seen. He was on his knees among the bunches of jasmines and looked like praying to some unknown god.

After staring at him for quite long, she started narrating about the mornings when she had been sending the butterflies to fill his day with colors, for the sunsets when she added a little scarlet among the sunbeams so that she would see that color painting his cheeks, for the noons when she made the apples more red and sweet so that he would like them more.
She spoke about the nights she spent awake, scribbling constellations with letters of a language of her own, which she had built only for him.

She cited the verses she had weaved into the webs and the poems she had painted using the colors of the rainbow.

He seemed not to hear her.
Wonderingly, she came out of her hiding spot.

He kept on praying with his eyes closed.

"Do you hear me?", she crooned, raising the tone of her voice melodically.

However, nothing seemed to interrupt his prayer.

"Do you hear me?", she uttered with a steady voice, revealing a slight agony in it.

"Do you hear me?", she yelled with all the air coming out of her lungs.

Her voice echoed in the caves, in the forest, up to the end of the sky, and broke into a thousand pieces, which submerged in the dark lake.

The sound of the broken words falling one by one in the glassy waters of the lake stirred the moon way, which decided to ripple its silver colors for a while.

This rhythmic change of the colors in the sleepy landscape seemed to attract his attention.

Wondering what happened, he stood up and got closer to the lake. He felt such an awe when he saw white water lilies coming up on the surface.

He got pampered into the intoxicating fragrance springing up from the bottom of the waters, and for the first time he felt a wave of love embracing him.

This would have been their first encounter, but Plexianthe hadn't had the patience to wait in order to see her words transforming into water lilies and hugging the soul of her beloved one.

Full of tears and disappointment, she decided to run and hide inside the duvet of the night, really far away from him.

The duvet of the night gradually became a frozen duvet, a white layer of snow, and kept Plexianthe inside it.

The shepherd had been waiting for more water lilies to draw him to Spring, but the fairy wasn't there to give birth to new ones with her words.

Then, he took the ones he had in his arms and started marching through the duvet of snow. But it was immense. How could he find Plexianthe?

He walked days and nights, until he met a wicker. Strange! A wicker in this frozen desert, without a river next to it, even a frozen one?

- The snow took my river away and Plexianthe your heart. If you find her, the Spring will arrive. In order to find her, every color should be a note!

How did the shepherd hear what the wicker told him? He mostly read its waving. He looked at the water lilies in his arms and he saw they had turned colorful!

"Every color a note"...He gently cut a branch from the wicker and made a flute. He spread the lilies down, on the snow, and started trying tunes. The colorful lilies kept changing positions and showed him the flow. Every color a note.

Far far away, Plexianthe was sleeping under the white duvet. At a moment, the sound of the flute reached her ears and managed to wake her up. In awe and still half-asleep, she started following it. And found herself, after a long way, in front of her beloved shepherd. Being numb by the cold.

He turned, looked at her, and went on playing the flute. He wanted to tell her everything he had in his heart. His joy to have met her, his gratitude for the water lilies, his bitterness and anger for her sudden absence, the journey he made to find her, his relief and happiness to have her beside him now.

Plexianthe started soaking the snow with tears. Frozen tears at the beginning, of sorrow and regret because of  having left him alone, warmer tears later on, of joy because they met again, until all her tears combined to a big hot tear of happiness. Which started melting the frozen duvet of snow and watering the merry wild flowers springing up at its place.

The landscape got full of colors. And notes.

There, next to the wicker, in the meadow of Spring, the river returned in its bed at last. 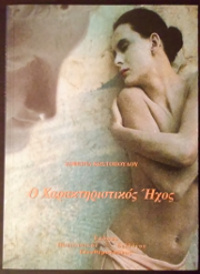